Opening the New Chapter of the Cultural Endowment Fund

On December 15, 2021, the government issued Presidential Regulation number 111 of 2021 on Endowment Fund for Education. How does this regulation relate with the arts and culture sector? The answer lies within the dynamic process of the establishment of the Cultural Endowment Fund, which was initially called the Cultural Trust Fund.

The document of cultural strategy discussed in Indonesian Cultural Congress 2018 also reinforced the mandate. The sixth point in the resolution mentioned that the government was mandated to “found a cultural trust fund for an expanded access to funding sources and public involvement to promote the strengthening of culture.”

Furthermore, in a meeting with stakeholders after the congress, President Joko Widodo also stated that he would allocate a budget of IDR 5 trillion to initiate the fund. The promise was then reiterated by Vice President Ma’ruf Amin during the presidential election debate in 2019.

However, we witnessed how the state budget in 2020 only allocated IDR 1 trillion for the Cultural Trust Fund. The number increased twofold in 2021 but the amount is still far from the president’s commitment.

Apart from the inconsistency of the budget with the initial promise, Koalisi Seni continues to push the government to form an institution that will manage the Cultural Trust Fund. Without an institution, the benefits of the fund may not fully reach the art and culture activists.

In 2020, through a series of discussions and comprehensive studies, Koalisi Seni published a recommendation document about the management of Cultural Trust Fund and suggested the mechanism to share the benefits of the fund. To ensure the sustainability of the Cultural Trust Fund, the method proposed by Koalisi Seni is through an endowment fund. Moreover, the institution should adapt the character of the Public Service Agency (BLU) to avoid the strict bureaucracy and financial flow which are usually found within the units under the ministry. Regarding the benefit-sharing mechanism, Koalisi Seni also encouraged the formation of a trustee board consisting of the art and culture activists that would objectively select the proposals of funding applications.

The Directorate General of Culture of the Ministry of Education, Culture, Research, and Technology (Kemendikbudristek) has actually initiated the formation of BLU that will manage the Cultural Trust Fund from 2019. Unfortunately, the process was hindered because the Directorate General of State Treasury under the Ministry of Finance (Kemenkeu) has not issued a permit. It turns out that Kemenkeu wishes to handle the management of all trust funds in Indonesia, such as the Research Endowment Fund, Climate Change Endowment Fund, and also the Cultural Trust Fund. Up until now, the ministry has managed the National Education Development Funds through the Indonesia Endowment Funds for Education (LPDP).

The management of LPDP has been a disappointment for those in the field of arts and culture. The scholarship always prioritizes natural sciences and economics studies which are considered more important for the nation’s development. In fact, Indonesian art and culture also have great benefits for economic growth, considering that UNESCO has named Indonesia as one of the cultural superpower countries. If the Cultural Trust Fund is merged under the LPDP by the Ministry of Finance, there is a risk of indifference towards the art and culture sectors.

Let’s take a deeper look at the Presidential Regulation number 111 of 2021 on the Endowment Fund for Education.

The mandate in the establishment of the cultural trust fund is stated in Article 1 Number 4, “The Cultural Endowment Fund is a fund that is accumulated for the endowment fund, the results of the management of the fund are utilized to support activities related to the promotion of culture.” This article implies that the fund will be managed using the mechanism of endowment, which is in line with the recommendations of Koalisi Seni.

The dispute surfaces because Kemendikbudristek sees the management of endowment funds for these four fields should fall under their jurisdiction. Meanwhile, Kemenkeu insists that they have the capability and experience to ensure the sustainability of the funds.

About this matter, Koalisi Seni chooses collaboration. Kemenkeu should be responsible to manage the funds to achieve the return of investments, but the distribution of the funds must be carried out by Kemendikbudristek who better understands the characteristics of the potential beneficiaries. When each ministry focuses on their competencies, we will see an advancement in the promotion of the culture.

More detailed explanation can be found in Article 11. Point (1) states that Kemendikbudristek is one of the Ministries/Technical Institutions that carries out the implementation of the Endowment Fund in the Education Sector. Point (2) describes that the responsibility of Kemendikbudristek covers the serving of the program, such as the fixation of technical guidelines and the requirements of the beneficiaries. Meanwhile, Point (3) explains that the LPDP has authorization to implement the program and support the related Ministry/Technical Institutions if requested by the Board of Trustees.

Based on this regulation, Koalisi Seni infers that the government has laid out boundaries for each Ministry/Technical Institutions to carry out the program based on the characteristics of each endowment fund. However, it is still necessary to supervise the implementation of the regulation to make sure the distribution of the Cultural Endowment Fund reaches the relevant targets.

Moving on to the coverage of the Cultural Endowment Fund as stated in Article 15. Programs such as cultural facilitation for its communities and actors, production of cultural activities, production of media, and other service programs are eligible for the fund as directed by the Board of Trustees. It means the Cultural Endowment Fund can finance all cultural programs outside the context of education. Nevertheless, it is not clear whether the arts and cultural education scholarship also falls in this category or still under the LPDP as has been the practice so far.

The ruling about beneficiaries and the distribution of the funds can be found in Article 17. Point (1) states that the beneficiaries must be Indonesian citizens and Indonesian legal institutions/entities. The exceptions are in Point (2) which states that foreign citizens and foreign institutions/entities are eligible for the benefits as long as they support and carry out foreign policy and international collaboration.

Koalisi Seni pays special attention to the regulation about the distribution mechanism as stated in Point (3). It says “Further arrangement regarding the procedures for planning, budgeting, distribution, and reporting of the disbursement of the Endowment Fund in the Education Sector is the responsibility of the Ministry that administers the state financial matters.” It implies that the Ministry of Finance will arrange the distribution of the funds. It is a concerning matter because the underlying spirit of the Cultural Endowment Fund is to accommodate the peculiarities of cultural practices which are far from the rigid financial bureaucratic system. If the process is carried out by the Ministry of Finance, it has to make sure that the stakeholders of the arts and culture are being involved all the way.

After reviewing the Presidential Regulation number 111 of 2021 on Endowment Fund for Education, Koalisi Seni suggests several recommendations for the government.

First of all, the government must immediately disseminate the decree to all stakeholders, especially those in the arts and culture sectors. It is to avoid confusion regarding the status of the long-awaited Cultural Endowment Fund.

Second, the government should create further arrangements regarding the mechanism of distribution so the Cultural Endowment Fund can immediately reach the public. The process of drafting the further rules should be transparent and involve the arts and culture stakeholders.

Last but not least, the government must ensure that the budget of the Cultural Endowment Fund is in accordance with the promise of President Joko Widodo, which is IDR 5 trillion. If the fund is only IDR 1 trillion as arranged in the 2020 State Budget, while the endowment fund for each research and higher education sectors are IDR 5 trillion, it implies that the government is still neglecting the cultural sector.

Now that we open the new chapter of the Cultural Endowment Fund, all stakeholders need to take part to make sure the ideality of the practice. Next, we can be prepared for the further goals, which is to create a better arts and culture ecosystem in Indonesia. 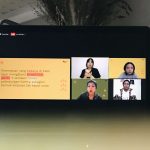 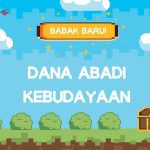