Several problems arise during the implementation of the rule regarding intellectual property as an object of loan collateral. Koalisi Seni demands the government to evaluate its scheme, particularly which relates to copyright.

Jakarta – The stipulation of Government Regulation Number 24 of 2022 concerning Creative Economy opens an optimistic path for creative economy actors and artists. GR 24/2022 stated that intellectual property (IP) products, such as songs and films, are eligible as loan collateral for banks and other financial institutions. However, the Indonesian Art Coalition (Koalisi Seni) highlighted several structural problems that can hinder the implementation of GR 24/2022.

Deputy Chairperson of Koalisi Seni, Kartika Jahja, said that the government must carry out an examination that addresses the implementation of GR 24/2022. “Koalisi Seni recommends several points to be considered,” she said in Jakarta on 25 August, 2022.

First, the government must ensure that the four pillars of IP rights, namely creation, protection, law enforcement, and commercialization, are well established in the copyright ecosystem. Mainly, the pillars should protect the artists’ rights.

Art policy researcher of Koalisi Seni, Aicha Grade Rebecca, assessed that the implementation of collateral schemes could be meaningless if the artists did not have proper understanding on IP rights, especially on its commercial value and registration procedure.

The government should also pay attention to IP governance, especially copyright, which is still considered vague. “This is important especially if there is a violation,” she said.

The second recommendation is that the government should consider designing transitional pathways on IP as loan collateral. Singapore could be an example, which signed a ten-years masterplan on the implementation of IP rights-based financing. This strategy can be applied in Indonesia to perfect the IP-based financing. “If implemented in Indonesia, this strategy will simultaneously strengthen IP infrastructure,” said Aicha.

Third, Koalisi Seni recommends the government to consider the subsidy from the Regional or State Budget, or providing grants as financial incentives to state-owned financial institutions. Those options are considered reasonable because the state often bears the credit risk with financial institutions at the beginning of the implementation of the IP-based financing.

The Indian government could be a success story in providing financial incentives for banks through CIPAM. The governments of Singapore and Malaysia have also allocated subsidies for the guarantee, valuation, and credit process. The strategy was implemented to strengthen financial institutions’ trust in using IP as loan collateral. “This tactic also attracts debtors from various backgrounds,” Aicha said.

The Law No. 7 of 2003 on State Finance has regulated two channels to support financial institutions and debtors. Article 24 of the law states that the government can provide grants through state and regional-owned companies with the approval of the DPR.

Koalisi Seni has mapped out structural problems that could hinder the implementation of GR 24/2022. First, the current IP system is not sufficient to protect the creators’ rights. The other problems are related to the access of creative economy actors to debt guarantees.

The Indonesian government, according to Aicha, has an outstanding vision in enhancing national creativity by using IP objects. However, rather than rushing to implement it, it is better to set up the method first. It would be a shame if this method started without a strong IP policy as its foundation. “It will be very unfortunate if the beneficiary only includes a handful of parties,” she said. 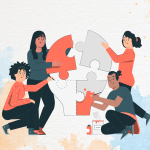 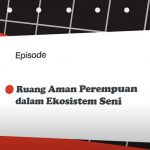