Jakarta – Deputy Chairperson of the Indonesian Film Board 2017-2022, Dewi Umaya, stressed the importance of standard operating procedure (SOP) on response to sexual violence in the film industry since the industry hasn’t set mutually agreed reporting mechanism. “Our job is to prepare clear (reporting) mechanism in the film industry in ensuring a safe space from sexual violence,” she said in the discussion held by the Indonesian Art Coalition (Koalisi Seni) on 1 September  2022.

She said, the standard could be applicable to all film workers, from pre-production to post-production crew. All crew must be aware of the SOP ever since the script conference, particularly for those who work in the adult-category film – which involves intimate scenes.

In film-making, the industry can appoint an intimacy coordinator as a liaison between film director, production crew, and actor in the shooting process. The scene should be agreed by all crew, and it’s taken in closed space. “The actors could back away if they don’t want to be in the scene. If the actors aren’t comfortable because they are forced to do it, it is a sexual violence,” said Dewi who also a producer in a number of movies including Minggu Pagi di Victoria Park.

Aside from formulating the standard, Dewi thinks the industry needs a specific code of ethics as a basis for all film workers. It consists of prevention mechanism, reporting, and response mechanism for some violations such as sexual violence, drug abuse, and so on.

Research Coordinator of Koalisi Seni, Ratri Ninditya, added that the improvement of reporting mechanism and pursuing sexual violence case must be carried out simultaneously, not only in the film ecosystem but also film community and organization.

She hopes that the handling of sexual violence case does not stop at “social punishment” for the perpetrators, but also advocates on the prevention aspect. “It is important to prepare a clear mechanism so we can prevent similar incidents from happening,” said Ratri. 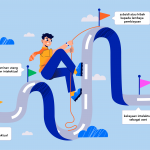 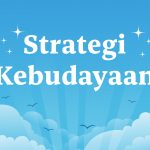