Reflections from Indonesia and Afghanistan

Jakarta – Guaranteed artistic freedom is an indicator of the health of democracy in a country, including Indonesia. This is because a good democracy allows art activists to freely express their criticisms, even if it is aimed at the state.

“Artistic freedom is important to maintain because we need critical arts. This is because arts have an important role in intervention and providing counter-narratives. To achieve artistic freedom, there needs to be a policy that guarantees it,” said Dara Hanafi, creative freelancer and member of the Art Coalition in an online discussion Wednesday night, November 10, 2021.

Entitled Contested Walls: Artistic freedom on the walls of Indonesia and Afghanistan, this discussion was held by the Koalisi Seni (the Indonesian Arts Coalition) with Amnesty International Indonesia. Present as speakers were Anggraeni Widhiasih, Chief Editor of Visual Street and visual artist from Indonesia, and Omaid Hafiza Sharifi, artivist and President of ArtLords from Afghanistan. Dara Hanafi, creative freelancer and member of Koalisi Seni, acted as moderator.

According to Anggraeni, the arts is the right medium to talk about social problems in society. The practice of criticism through art, including street art, is not new in Indonesia. “Before independence, many Indonesian fighters voiced freedom, justice and human rights. In Surabaya ahead of the battle, which is now commemorated as Heroes’ Day, there is a lot of graffiti with a similar message,” she said.

Anggraeni explained that in the public sphere there are many contesting stakeholders, ranging from citizens, governments, corporations, to artists. Vertical tensions with state apparatus and horizontal with citizens always occur. When the apparatus is repressive, murals can be removed and spark debate, as happened in the case of Jokowi 404 ago. On the other hand, not infrequently residents who were previously reluctant to have their walls decorated with murals, after an artist residency program was held, protested if their walls did not get any.

To ensure that artistic freedom is fulfilled, there needs to be a policy that guarantees it. Koalisi Seni’s research in 2020 found that Indonesia has ratified many international human rights instruments but also enacted regulations that allow arbitrary restrictions on human rights. Artistic freedom and freedom of expression, including through artworks, are human rights guaranteed by international laws and the Indonesian constitution. Therefore, governments should actively protect these rights.

In Afghanistan, the dynamics of artistic freedom has changed drastically along its political trajectory. “When the first Taliban came to power, there was no place for art. Things changed and there were regulations that guaranteed artistic freedom, so we could create arts again even though we still had to face harassments and threats because the ArtLords mural conveyed messages of anti-corruption and tolerance. Then the Taliban came back, and they still don’t believe in diversity or the arts. Our murals were removed and replaced with propaganda, all women’s faces were also removed from the streets,” said Omaid, who founded the artists collective ArtLords in 2014.

Today, many artists in Afghanistan are forced to flee or hide to save their lives. Artists who are still in Afghanistan must leave the arts and destroy their work to avoid being caught by the Taliban.

Omaid said ArtLords is now focusing on evacuating artists out of Afghanistan. They have saved no less than 54 artists so they can have the option to continue their art. ArtLords also plans to provide arts therapy for Afghan refugees, as well as recreate its murals in various locations. “We would be very happy if Indonesian artists want to redraw ArtLords’ murals,” he said.

However, Omaid does not lose hope. He hopes that one day, the legal protection for artistic freedom will be back in his home country. “If the law that guarantees freedom exists again, we can continue our artistic work in Afghanistan.” 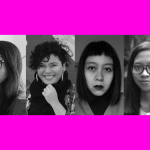 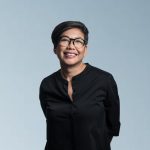