JAKARTA – The government guaranteed to facilitate the development of music ecosystems as a part of its obligation to advance Indonesian culture.

“We pledged to facilitate music development because building the music ecosystem is crucial to our country,” said Ahmad Mahendra, Director of Film, Music, and New Media of the Ministry of Education and Culture (Kemendikbud). The first job of this new Directorate, said Mahendra, is listening to and facilitating the music activists.

The commitment was stated in the discussion “Building Milestone of Indonesian Music” at M Bloc Space on Tuesday, March 10, 2020. The discussion was held by Kami Musik Indonesia (KAMI), an initiative founded by The Indonesian Art Coalition (Koalisi seni) and Ruma Beta Foundation, as a part of a series of events to celebrate national music day.

Those fifth commitments were translated by the Ministry of Education and Culture in six ways. First, strengthening, protection and advocacy of intellectual property rights in the music sector. Next, the development of human resources through music certification based on the National Work Competency Standards (SKKNI) and global competency standards. Third, building a data collection system through Cultural Principal Data (Dapobud) by the Secretariat of the Directorate General of Culture. Then, increasing literacy through the study and mapping of music literacy.

As an effort to cultural diplomacy, the government also intends to make Indonesia a world music reference through several international music events, which is planned to be held in Bali this year. Lastly, the government wants to encourage children’s songs to support the growth and development of Indonesian children.

Mahendra said the directorate would collaborate with the Ministry of Tourism and Creative Economy. “We must work together, to integrate the upstream and downstream music ecosystem,” he said.

Meanwhile, Nyak Ina Raseuki, ethnomusicologist and Director of the Jakarta Art Institute Postgraduate, highlighted the nature of Indonesian music. “Diversity is a character of Indonesian music, which follows community structure and social change,” said Nyak, who is also known as Ubiet.

She explained, since communities have their own unique development, there are various ways of the advancement of Indonesian music. Variety of music from many regions of the world, such as  Persia, India, China and Europe, also influence the development of ethnic music in Indonesia.

Unfortunately, many Indonesians have little clue about the variety of music in other regions, so the knowledge exchange needs to be encouraged. “Javanese people only know music that is common in Java, Kalimantan children only know their local music. Maybe we don’t really know what happened in music in eastern Indonesia,” said Ubiet, who is also a member of Koalisi Seni.

Another speaker, a photojournalist Oscar Motuloh, said the music has strong connection with national politics, especially in the period before and early birth of Indonesia. Unfortunately, there are many historical artefacts damaged because of poor management. For instance, the violin of WR Supratman, the creator of national anthem Indonesia Raya, was damaged. The violin was granted by the family to the Youth Pledge Museum.

“Also the first vinyl record of Indonesia Raya which was produced and published in 1959 by Lokananta (a state-owned record label). If you look at the condition of the master recording in Lokananta, it should have been conserved properly,” he said.

Wendy Putranto from M Bloc Space hoped the government would fulfil its promise to build a proper music infrastructure in various regions. “Musicians need a “touring circuit” so they can perform across the country. Live shows are the main income of musicians, which is followed afterwards by royalties from the streaming platform,” he said.

He also stressed that the government should be more consistent in facilitating the development of music. Wendy remembered, for example, when the Ministry of Tourism and Creative Economy issued the 2015-2019 blueprint of Indonesian music development. However, in the same year, the government moved the management of the creative economy into new institutions called the Creative Economy Agency (Bekraf). Therefore, instead of keeping the institutions, the government gave the management of the creative economy back to the Ministry of Tourism in 2019, so the name returned to Kemenparekraf. Meanwhile the Ministry of Education and Culture formed a new directorate who also took part in taking care of the music sector.

Candra Darusman, musician who became the moderator of the discussion, concluded three important things. “The government has the obligation to facilitate the music ecosystem, while musician artists give the soul. Therefore, the private sector could support music development through the CSR (Corporate Social Responsibility) program,” he said in the closing statement. 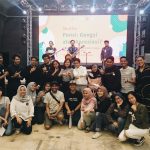 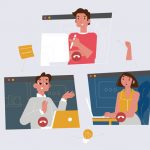