Who doesn’t know the beauty of Sumba woven fabrics? Woven cloth from Sumba is usually made over many years because it has to go through 42 stages, from concocting fabric dyes, tying threads, weaving, to drying the results. Perseverance and patience are the keys to making it.

Behind that long process, there are women who work to get the perfection of beautiful fabrics. Nensi Dwi Ratna is a weaving artist from Kambera, Sumba, East Nusa Tenggara, who has a deep concern for the women who work behind the process.

“Sumba weaving is on the rise, it’s just that most people don’t know about the women who work behind it. They only know that the process is long, the price, and the people who do the business,” said Nensi on September 28, 2021.

Nensi’s passion to introduce these artists made her to design the “Lukamba and Kawula Muda” project, which consisted of training in making indigo natural dye paste and a weaving exhibition in November 2021. The project will exhibit woven works by young Kambera women and highlight their position as weaving artists instead of craftswomen. According to Nensi, the Kambera people are open to innovation, modernization, and market demand. The designs, motifs, and layout of the weaving are developed as creatively as possible, so that the weaving results can be different every year. This distinguishes Kambera weaving from traditional Sumba weaving. The exhibition will be held online at the Kambera Weaving Center and broadcasted through four platforms: radio, Zoom, Youtube, and Facebook MAX FM.

To do this, Nensi had to face a number of challenges. Previously, Nensi had been involved in a friend’s arts project, which won Facilitation for the Field of Culture (FBK) from the Ministry of Education, Culture, Research, and Technology. However, she has never designed a project herself to participate in the FBK selection process.

Initially, Nensi was not confident in designing “Lukamba and Kawula Muda”. Fortunately, news about a training for the preparation of FBK proposals, which was held on 19-21 March 2021, reached Nensi’s ears. The training was an initiative of the Koalisi Seni’s gender working group. The event aimed to assist women to be able to access the FBK grants.

Determined, Nensi attended the training to learn about crucial issues in successful FBK proposals. She said the training helped her a lot because it allowed her to find sparring partners in preparing the proposal. For her, it was very rare to have the opportunity to hear FBK winners and grant managers share their experiences and perspectives. Mentoring in the  training was also very useful so that participants can make proposals efficiently.

After the training, Nensi revised her proposal and sent it to the FBK selection committee. Good news came in July 2021. Nensi received a short message on her mobile phone, informing her that her proposal had passed the selection and would receive FBK.

She hoped there would be more similar training in the future, since the dissemination of knowledge on making proposals or the steps for making arts events are rarely held in her area.

According to Nensi, the difference in knowledge between those who had attended the training and those who had not been could be seen clearly in the selection process. Nensi’s colleague, who also won the FBK grant, was reprimanded by the verification team because the budget draft was not conceptualized and detailed. For example, details such as transportation cost, which are actually crucial, are not budgeted for. Meanwhile, Nensi’s budget draft passed the verification smoothly because it was detailed and conceptualized.

On the other hand, she believed that report writing training should also be conducted, because there were several questions related to financial statements that had not been answered in the training last March. For example, to whom will the bank transfer fees be charged? What is the correct use of materials? What if the price of goods goes up? These questions were not asked due to the limited time during the proposal writing training.

Nensi’s experience showed that the government’s good intention to facilitate the promotion of culture through FBK was not enough on its own. The government and other stakeholders also need to increase the capacity of artists so that they can access FBK and other facilities on a level playing field. That way, there would be more Nensi and other cultural and arts initiatives that could be further developed and benefited. (Amalia Ikhlasanti, Margaret Megan) 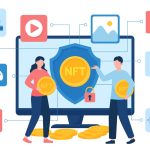 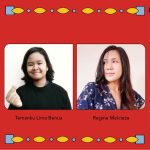