If the series of Kelas AKSI displayed in a plot chart, one session before the last class becomes a conflict to climax the story. Class participants complement the theoretical knowledge from the previous session by hearing the experiences of art policy advocates. During the second edition of Kelas AKSI in October 2021, the conflict happened attractively with the member of Koalisi Seni, the film activist Meiske Taurisia, familiarly called Dede.

She started the class about artistic freedom in Indonesian film by recalling the censorship, from Orde Baru era to the present day. Suharto’s policy made Indonesian films covered in themes around sex, comedy, and horror as state propaganda to divert people’s attention from political issues. After the Reformation in ‘98, the excitement of freedom of expression was echoed, but films still shadowed by the censorship institution named Lembaga Sensor Film (LSF).

This perspective emerged from Dede’s empirical experience when she first became a producer in the film Blind Pig Who Wants to Fly (2008). From the beginning, she realized that the first film was made to participate in a festival that would not easily penetrate the censorship institution. After traveling to various festivals, the Blind Pig Who Wants to Fly will register to LSF. Her suspicions came true when the film, including the poster, was censored. She then archived the process with his colleagues into a documentary entitled Potongan (2016).

To raise the issue of censorship, Dede brought Pieces to screenings held by various communities. He believes that the community is the vanguard of cinema. Furthermore, he emphasized that censorship issues would arise periodically. “When the film missed the momentum during the Reformation, Potongan were published during the popular self-censorship phenomenon, together with the celebration of 100 years of censorship by the government,” she said.

Artistic Freedom in the Indonesian Film

Not only highlighting the right to work without censorship and intimidation, Dede also examines other artistic freedom basic rights in film. To understand it briefly, he first invited the participants to see the film as an area of ​​art with a very broad spectrum. “We can’t generalize,” she said when describing the right to support, distribution channels, and remuneration for works. “A lot of people think every film has a huge economic impact by having millions of viewers, but that’s not the case.”

Dede emphasized that everyone must be aware when they want to make a film, which markets their products will be accessed by. Is it for the community, showing in theaters, or participating in festivals? “By mapping from the beginning, we will not be too tired and emotional. Don’t let, for example, without having a marketing tool, want to go to the cinema with just one or two screens.” She also underlined that the community needs to be aware of positioning itself as an important actor in the film ecosystem. “Here it is still the wilderness, there are not many roads. With so many film communities in the region, there is an opportunity to fill that void.”

Regarding the right to freedom of movement, Dede reflects on actual experience. In that session, she was in Hamburg for the roadshow of her latest film Seperti Dendam, Rindu Harus Dibayar Tuntas (Vengeance is Mine, All Others Pay Cash). Authorities there only accept visitors who have been vaccinated against Pfizer or Moderna. The Directorate General of Culture then corresponded with the Ministry of Health to facilitate Dede, but to no avail because at that time the Indonesian Government’s policy outlined that the vaccine was only given to health workers. Fortunately, the festival organizers in Hamburg helped Dede to access the vaccine.

This is contrary to the government’s frequent special support for athlete in participating in international events. Unfortunately, special treatment was not given to the artist.

The discussion about the right to participate in cultural life became the most interesting discourse in this class. Class participants tell each other about their experiences and ask for Dede’s opinion. Jessica Ayudya Lesmana, a transwoman from Yogyakarta, shares reflective views on the involvement of transgender colleagues in film production. “We appear as extras to complement the discourse of involvement in the film and are often considered comedic elements that end up being laughed at, will transgender artists be accepted to present their works?”

Responding to this phenomenon, Dede brought up a documentary about transgender people entitled Renita by Tonny Trimarsanto, as proof that there are works that do not make transgender people a laughing stock. Furthermore, Dede suggested transgender colleagues try to get into film through acting classes, such as Bengkel Kuma which was taught by Paul Agusta. Apart from the fact that directors often look for new actors from acting classes, opening a wider network will help art activists in dealing with an issue. “We cannot advocate a policy alone,” she said.

Bunda Mayora, another participant from NTT, was also excited to share her experience of initiating a theater group consisting of transwomen in Sikka. Various challenges became stumbling blocks, but through the process with his group, he managed to put on a show at the church.

At the same time closing the session, Dede reflected on the experience of Bunda Mayora with our condition that we should not have to close ourselves to a phenomenon. “We are sure that fellow artists have a more open perspective. As with art, there will definitely be many things that can be more fluid,” she said. (Ahmad Bari ‘Mubarak) 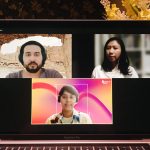 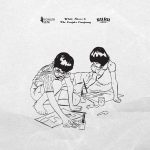