Curator and Member of Koalisi Seni

“Why should the discussion panel be all males, why are the A Award recipients all males? Why are there only a few female artists in exhibition B? Why does our arts history mostly include the names of male artists as its characters?”

Similar protests have recently been made more frequent through social media forums in response to the lack of women’s involvement in public arts and cultural events. Outside of the representation case, the challenge to continue to expand opportunities for women in the public sphere is an urgency in formal policies related to the government’s cultural strategy.

How do you see this representation problem developing into broader than just affirmative action quotas or tokenism? The tokenism and affirmative action approaches are often seen as contradictory to the notion of standards or quality.

In critical discussions, tokenism is considered to have a negative connotation rather than affirmative action. It gives more space, but does not solve the root of the problem: unbalanced access. Meanwhile, the affirmative approach encourages policies that raise the voice and expression of groups that have been underrepresented in decision making or discussions of various social issues in the public sphere.

The balance of women’s representation is an award for the contribution of women’s knowledge and thoughts. In the history of the development of various cultures, in different ways, women through their experiences and virtues are an important part of civilization. Ignoring or eliminating women’s representation is tantamount to denying an important aspect of our life history.

In the quota system, those who benefit from this system (e.g. female artists) are often considered not to have the same quality as other parties. This kind of view continues to be mentioned indirectly until the assumption arises that “even though he is not capable or his work is of low quality, he continues to get opportunities”.

On this point, therefore, we have to start examining two things: the one regarding the system of open access and the one regarding the quality standards themselves. The limited open access system often prevents women from having the opportunity to enter the selection process. Perhaps because the information is not widely disseminated, females’ pieces of works do not get enough publications or the selection system is closed for them.

Then, the question of quality standards leads us to another question: who determines it? In the history of institutionalized art, through the establishment of institutions and the formation of the arts field, we see that most of the decision makers are men. They determine the qualities that are considered feasible, the issues that are considered important, and the form of experiments that are classified as potential.

Male domination in cultural and artistic institutions occurs in various regions in Indonesia. For example, the Jakarta Arts Council/Dewan Kesenian Jakarta (DKJ) has only recently been led by a woman, namely Ratna Sarumpaet (2003-2006). A character of the caliber of Toety Heraty or Edy Sedyawati, despite their vital roles, have never been the General Chairperson of the DKJ. In Yogyakarta, one of the cities with dynamic arts activities, almost 90 percent of the newly appointed members of the Cultural Council are male.

At the central level, at the Ministry of Education and Culture, the minister is not the only male. The five director generals are all men. Of the 21 directors listed on its website, 19 are also men. Similarly, the strategic positions that determine the way policies and programs are implemented in the field are almost all occupied by male supervisors.

This gender imbalance in public decision-making in the arts and culture sector has greatly influenced the efforts to promote equality and recognition of women’s works and women’s thoughts which have not been prioritized.

Apart from formal and bureaucratic organizations, this record of masculinity dominance can be extended to the gender composition of arts award winners, artists participating in exhibitions held with public funds, as well as arts activists in various festivals or anthologies publications.

In early September 2020, Balai Bahasa announced the nominees for the 2020 literary award for works published in 2016-2020. In the five categories of works, all the nominees were male. This is surprising because in the last five years the number of publications by women authors have been quite lively, some of which have even been translated by foreign publishers.

With the selection process in the form of open calls, the number of women who submitted works was not comparable to that of men. What is the mechanism for the distribution of information and the gender ideological preferences of the judges during the selection?

The tendency of masculine domination in various arts and culture awards was slightly healed when the Indonesian Film Festival launched a documentary film director nomination. Most of the nominees were women. Nominees were selected through a recommendation system from film experts and activists, so that the results were those with important themed works that must be voiced more widely.

Meanwhile, when the short movie Tilik by Bagus Sumarsono became a hot topic on the social media, the discussion about feminism re-emerged and reaped the pros and cons.

Feminists saw Tilik as an example of a work that showed the dominance of the male perspective of the filmmaker in perpetuating stereotypes about women, especially those who live in villages. Many netizens responded to these feminist criticisms with cynical, scathing, and even insulting comments because they thought that the feminist perspective on this film was excessive.

On the one hand, this controversy invites the possibility of opening further discussion about the way feminism is defined these days, even with those who previously did not really care about the issue of gender equality. On the other hand, the lack of a broad perspective in viewing feminism as a method rather than a theme made the discussion counterproductive.

Events that use public funds still need to be advocated for the process to ensure the balance of women’s voices in the midst of the domination of the deeply rooted patriarchal culture. The benefits of public funds—which are paid by the people through taxes—must be felt by people of all genders, social classes, cultural contexts, and so on.

The content of cultural products that use public funds also needs to be strengthened in relation to the awareness of respect for all genders.

The question is, how can we work together to encourage state institutions—especially in the field of arts and culture—to make gender representation a part of the achievements and values in each of their programs?

How do we make the role of women in the context of cultural arts our common problem—not just women’s issues?

This opinion was also published on kompas.id, 14 February 2021 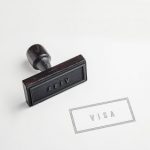 A Passport and Visa: The Hassles of Going Abroad For ArtistsAdvocacy, Artistic Freedom, Member News 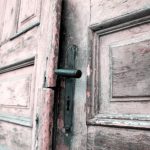 The Pursuit of the Freedom of Arts: Stories from Aceh and BoneAdvocacy, Artistic Freedom, Member News
X