Caption: Portrait of artwork “Woman 5/2 Identity” after it was reconstructed by Syska La Veggie, to respond to negative views from some circles.

Gender equality is often neglected in politics of arts in East Java. There are indeed numerous artwork exhibitions by women artists when we celebrate Kartini’s Day or Mother’s Day. However, its festivity has not touched a discourse on gender awareness and women participation in art events.

I experienced one instance when I participated in a special exhibition on Kartini’s Day, initiated by a group of women artists in a gallery run by an arts institution in Sidoarjo. I was appointed as a Project Officer and tried my best to fulfil various needs to make it work: from being a volunteer to scouting the young artists.

I attempted to break the taboo during the exhibition by presenting two artworks, titled “Nude is Not Naked” and “Perempuan 5/2 Identitas”, both alluding to the patriarchy issues. The artworks showcased lines of embroidery forming the bodies of breastfeeding women and embroidery on women’s bodies with dozens of menstrual pads in different patterns attached to it.

To my surprise, at night just before the exhibition, I was told to retract the artworks and respond to gender issues in a less confrontational way. Those who disapprove said my works were too vulgar and inappropriate for an event which would be launched by the wife of Sidoarjo’s regent.

The day after, hours before the opening, I responded to both of my artworks by putting pink duct tape on them, with a saying: “They said this exhibition was about women, but showing women’s ‘things’ is not allowed!!! Women become taboo!!!” and “Why are the people seeing the artworks with their dirty brains? Are women taboo???” The response resulted in the new and provocative work of art.

Caption: “Nude Is Not Naked” which has been reconstructed by the artist, Syska La Veggie, as a response to negative views from several groups in the exhibition titled Srikandi Bertaut at the Sidoarjo Regional Art Council Gallery, April 2021.

The week-long exhibition went well. The opening went smoothly with appreciation from the Regent’s wife. However, negative views about me and my artworks still linger. My personal life also became a subject of gossip between those who dislike my works and some artists I barely knew.

The pressure was also projected to the leader of women artists groups in my region because my works were considered a disgrace for Sidoarjo’s artists. Thankfully, she backed me up and appreciated the hard work that I did. It was so ironic that I was denied the freedom to express myself in my own hometown, while making the artworks about women for an exhibition about women.

The exhibition issue left an uneasy situation for me, who also served as a committee in one of the arts institutions in Sidoarjo. I aimed to become the chairman of the institution. However, I was never given a chance and deemed unfit for the position. They rather conducted an open call to find a new chairman. It was an example of how difficult it was for women to achieve leadership positions, including within the art scenes.

The stigma was confirmed when I talked with some senior artists in Sidoarjo. He said that women were not agile enough in leading or managing art events. According to him, men should lead and get more roles. The sexism which marginalized women as an unfit candidate to lead – even if they have more capacities – considered normal.

A gender gap also happens frequently in arts institutions, academics, and art communities. Some art institutions do not affirm women’s participation. For instance, one of the major art institutions in East Java which is officially partnered with the government is led by all-male presidiums.

Moreover, academic institutions are neither considered as a safe place for women to express themselves. When I was a student in an art college in Surabaya, I was pressured by one of the lecturers during my final trial. He confronted me with harsh language, said that one of my works “Kembang Kelentit” was too vulgar, whereas it talked about the problems of women circumcision in Indonesia.

Same situation also happened to my colleague in the Department of Fine Arts in a state college in Surabaya. Her work titled “Taboo Menstruation” was rejected because the reviewer considered the topic as a taboo and told my colleague to uphold ‘eastern culture’ as her ethical values. It happened in an art academic institution which was expected to take a vital role in shaping gender perspective in the art ecosystem.

Aside of gender gap, sexual harrassement against women is also needed to be addressed. It happened to me several times, even in the art college where I studied. One lecturer pulled out my T-shirts twice, saying he wanted to see the tattoo on my neck. Another harassment with the same excuse was done by a senior artist in Sidoarjo art institution who suddenly pulled the shirt that covered my chest.

One of my artist friends in Malang told me that she was suddenly embraced by a stranger during an art event. Embracing without permission is common especially when taking pictures together. The perpetrators do not realize that touching someone’s body parts without permission is sexual harassment. Thus, sexual harassment of women in the arts in East Java is still massive and many have not been traced.

As women and artists, personal matters from dressing style, form of work, way of speaking, and life choices are still trapped by a series of stereotypes, discrimination, or stigma constructed by society, even among women itself.

One of the basic rights of freedom of art states that every citizen, regardless of gender, has right to create art and express themselves. Unfortunately, the art ecosystem in Indonesia, especially in East Java, is still dominated by patriarchal culture and sexism.

The art ecosystem with a gender perspective in East Java needs to be continuously developed, to dismiss the gender gap and for women to get the right to create art freely. A connection between advocacy and gender movement is necessary by producing and distributing knowledge about gender perspective through exhibitions or other art activities. Archiving the works and roles of women artists is also important to enrich the reference and to increase collective work.

“Being a female artist is hard, not just for me.” 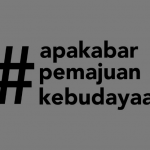 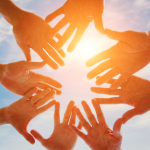