At a meeting of artists and cultural activists after the 2018 Indonesian Cultural Congress, President Joko “Jokowi” Widodo pledged to set up a Rp 5 trillion (US$342.1 million) endowment fund in 2020 to improve cultural development and support cultural activities throughout the country.

Welcomed by many, the pledge followed through on provisions set out in Law No. 5/2017 on cultural promotion, which regulates the country’s cultural property registry, the preservation of manuscripts and works of art, and the incorporation of creative practices into the national development agenda under a “cultural strategy”.

Fast forward to the current day, and the reality is that the government has allocated Rp 1 trillion from the 2020 state budget, just a fifth of what Jokowi had initially promised.

Speaking to The Jakarta Post, Finance Ministry director general for budgeting Askolani said the intended sum for the endowment would be fulfilled gradually.

With the government currently preparing the 2021 state budget plan, Askolani said it was possible that there would be another allotment for the cultural endowment program in the pipeline.

“At the very least, the government’s allocation of Rp 1 trillion from the 2020 state budget will go towards the fund and can be utilized beginning in 2021,” Askolani said on Thursday.

There will also be additional funds earmarked for cultural programs every year from the Education and Culture Ministry, he added.

Hafez Gumay, a researcher and advocacy coordinator for the Indonesian Art Coalition (KSI), said that thin finances would have a direct impact on initiatives for cultural development and the communities that would have benefitted from the funds.

Creative industry workers and people in the arts and culture community have been waiting for the endowment fund to materialize, as they are often provided funds that barely cover the requirements for sustaining the multitude of government-sponsored cultural programs.

“As an illustration, the budget allocated for the Education and Culture Ministry’s directorate general for culture hovers at around Rp 1.3 trillion to Rp 1.7 trillion annually – that is the amount that must cover the various cultural activities in all of Indonesia,” Hafez said on Thursday.

“[The funding] must be used to fully support community initiatives without reducing the number of cultural promotion programs that have become the responsibility of the government.”

Adinda Luthvianti, Concept of Art program manager at the Depok-based art collective Studiohanafi, said the decision to cut back on the endowment was “unfortunate” for the nation’s dream to improve its arts and culture scene.

There are 10 important cultural products that must be inventoried and preserved according to the Cultural Promotion Law, including research on traditional languages.

Adinda said that under the current circumstances of the COVID-19 outbreak, it was becoming more important than ever to preserve the nation’s cultural heritage.

The impact of COVID-19 on the local arts and culture scene has been massive, with the outbreak wiping out jobs and shuttering art galleries, studios and performance art venues.

The Art Coalition has recorded that at least 234 art events across Indonesia have been canceled because of the epidemic. According to the Education and Culture Ministry, more than 37,000 artists and art workers have lost their sources of income as a result of the outbreak.

Data from the Tourism and Creative Economy Ministry shows that some 189,586 creative workers were affected as well, including film crews, studio musicians and art workers.

“If the endowment fund cannot be used for COVID-19 mitigation, then the government must provide a special fund to help the art sector recover,” Hafez said.

The government has said that the endowment will be managed by a public services agency (BLU) throughout 2020 and will not be used until 2021. The bursary agency, however, has yet to be established.

“At least for now, [the Finance Ministry] hasn’t received any proposal for the formation of a services agency. You should ask the Education Ministry,” Askolani said.

The Education and Culture Ministry has yet to respond to queries about the endowment. 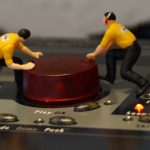 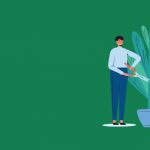