The study of audiences has attracted my interest over the last few years. Although the audience plays an important role in the development of performance, it has generally received little attention in discussion of the history of Indonesian performing arts, apart from journalistic accounts, which tend to represent without research or discussion with them the opinions of audience members concerning the performance. My study of the audience began with research on Teater Garasi’s ‘Stone Time’ (Waktu Batu) in Yogyakarta that sought to compare how the audience was represented in the local mass media with the comments of audience members themselves about the performance they had observed (Swastika, 2004).

That preliminary study prompted me to reassess the nature of the arts audience in Indonesia, especially in the post-1998 reformation period. The change of political climate not only had a strong effect on the freedom of expression of artists as creators, but also influenced audience reception of the works created during the period. Apart from the radical political changes, the influence of the economic situation along with the increasing impact of global culture represent other factors directly altering the relationship of audiences with arts spaces as well as with the artists.

This chapter presents a rudimentary mapping of audiences or visitors to arts events in the city of Jakarta in the decade between 2000 and 2010.  It uses ethnographic and cultural studies approaches to assess several cultural enclaves in Jakarta, including venues which in the preceding period were already known as cultural centres, along with new ones that provide alternative spaces and feature ‘non-mainstream’ forms. My analysis aims to provide an exposition of the three factors – political change, economic development and increasing global culture – that are influencing the changing landscape of audience and arts/cultural spaces of the urban based population. I am especially interested in those spaces that offer a range of interlinked arts practices – performance, fine arts, film, literature, architecture and circulate discourse about them – in particular to trace the global artistic trends developing in each discipline connected to the discourse of ‘contemporary art’.

The questions which I aim to address through this research are: what are the demographic and cultural features of the cultural enclaves in Jakarta after the reformation of 1998? What kinds of aesthetic characteristics can be mapped on to each cultural enclave as viewed by audience members, and do audience perceptions coincide with the conception of the curator and manager of the space? What is the relational dynamic between the audience’s perception and the manager’s conception in the wider arts context? [Read more] 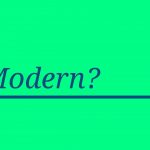 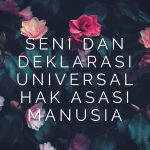